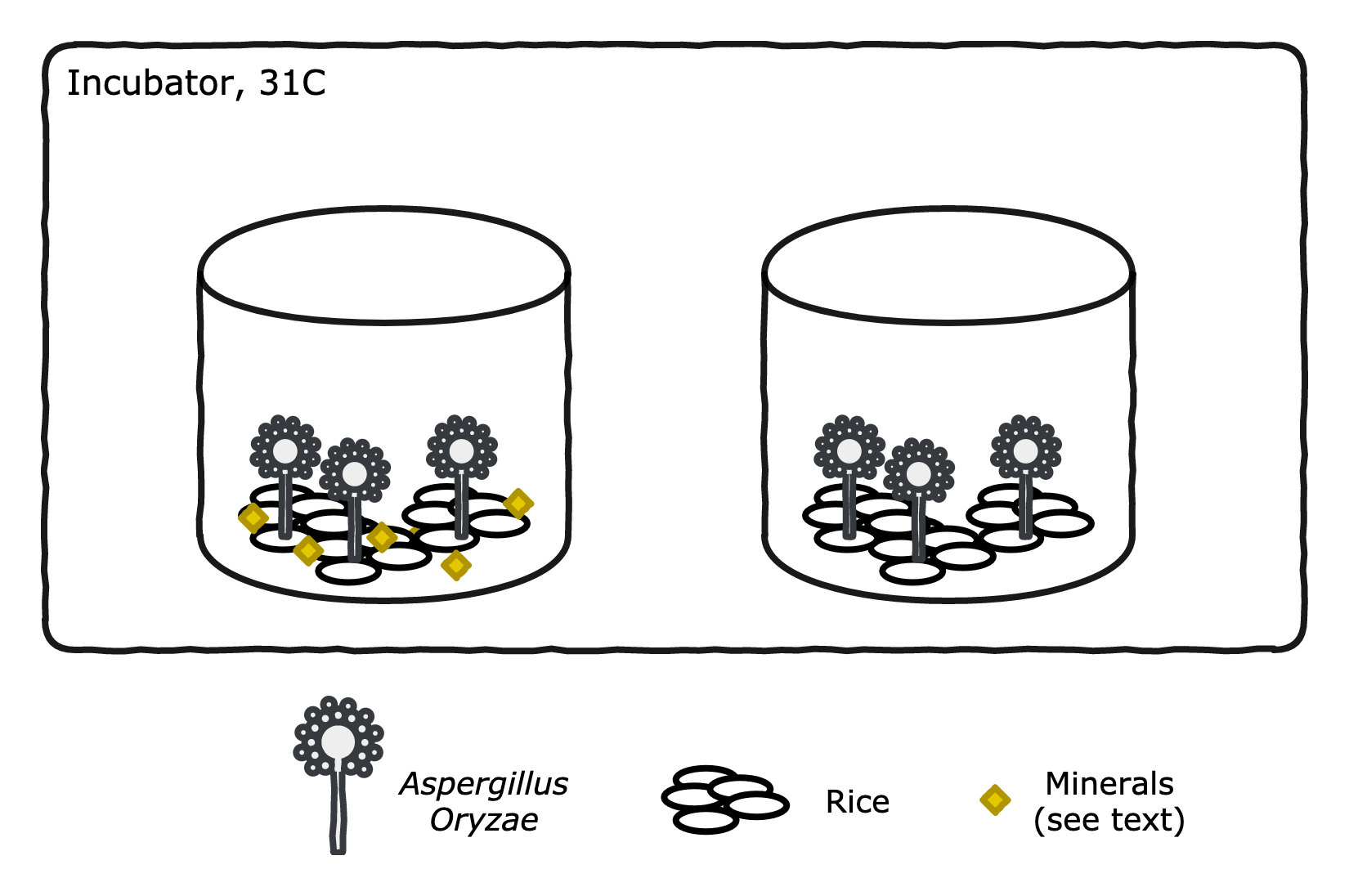 The team at Escarpment Labs, a Canadian yeast supplier, put in my head the idea of “be nice to your yeast - treat them like your pets”. I like this idea, specifically when it comes to koji fermentation. Our goal is to not extract some metabolite that is an interesting flavour, but to make the koji as comfortable as possible to produce maximum enzymes. This means: right temperature, right moisture, plenty of oxygen, and a carbon source. However, we often overlook one more requirement: minerals! Organisms - even molds - require minerals for enabling biological processes. Often these minerals are required as an extra piece to enzymes. For example, magnesium is needed in the enzyme pyruvate dehydrogenase, an enzyme that is critical in aerobic respiration. So when in our koji fermentations do we add these minerals? Rarely do we. The Nordic Food Lab hints that one can add wood ash as a mineral supplement - but does anyone do this? I believe we often ignore mineral requirements, or we hope our substrate is high enough in minerals and leave it.

We’ll be performing a few different experiments, and iterating on techniques. This post details the first such experiment.

Our experiment is to test the addition of a mineral solution to a rice koji fermentation and compare growth visually. Rice was chosen over barley because it has much less naturally-occurring minerals than barley. Looking at some academic papers, many researchers will add a mineral solution, typically some small amounts of phosphates, potassium chloride, and epsom salts (source of magnesium). On hand, I had epsom salts and diammonium phosphate (part of yeast nutrient in homebrews). I purchased potassium chloride at the grocery store - it’s typically marketed as “no-salt salt”, i.e. a replacement for sodium chloride. I added 1g of each into 200ml distilled water and mixed until dissolved¹.

I prepared two trays of pressure-cooked rice, and inoculated both with equal amounts of ground rice koji. I next added 3ml of mineral solution to my test tray and mixed, and 3ml of tap water to my control tray and mixed. I covered both and added to my incubator at 31℃. 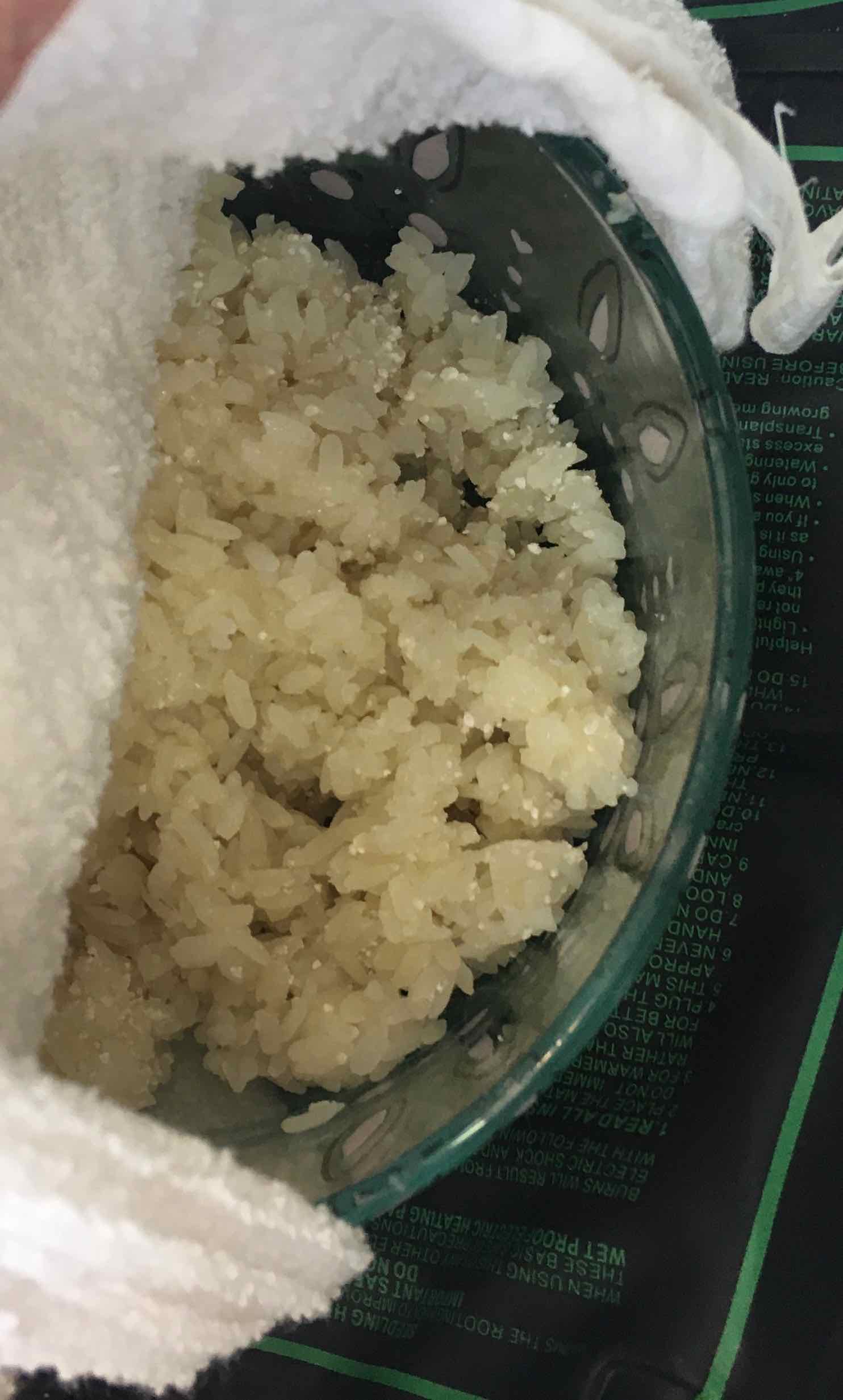 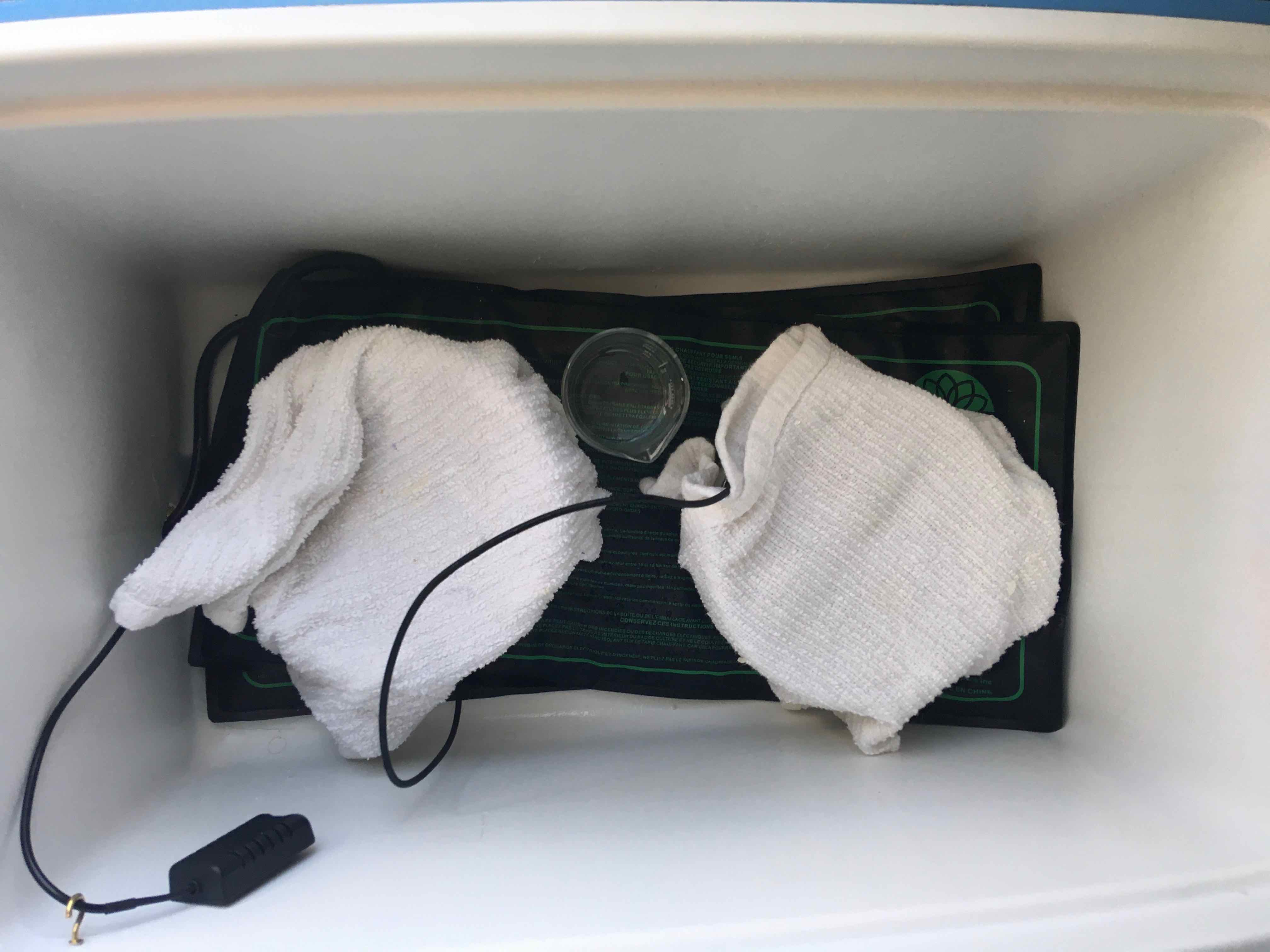 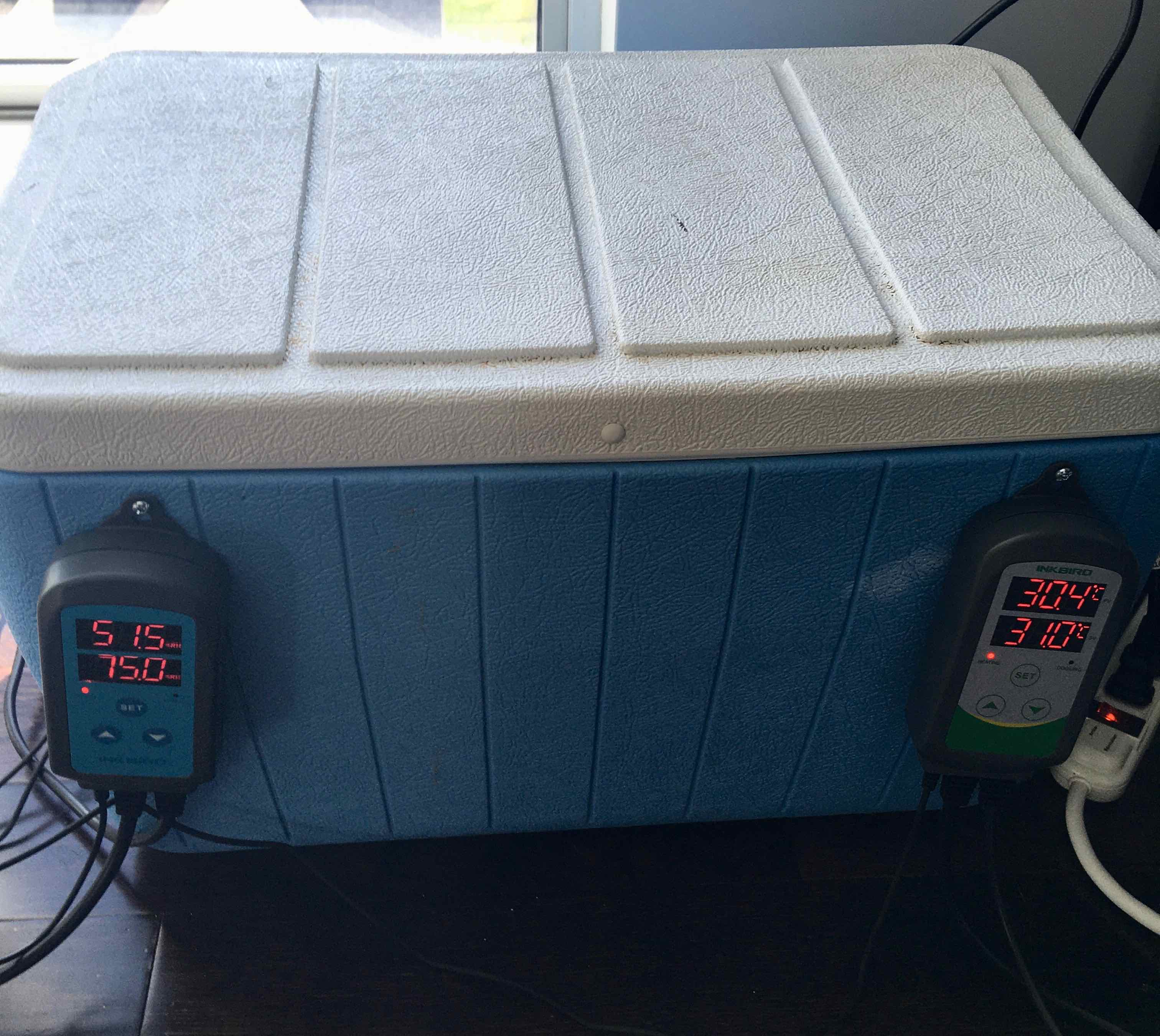 During the fermentation, I had some humidity issues (too much humidity to be exact), which I hope didn’t cause too much interference since the issue affected both trays.

After 46h, I removed the trays and inspected them. Growth looked good in both. From visual inference, I couldn’t tell a difference between them. Images below! 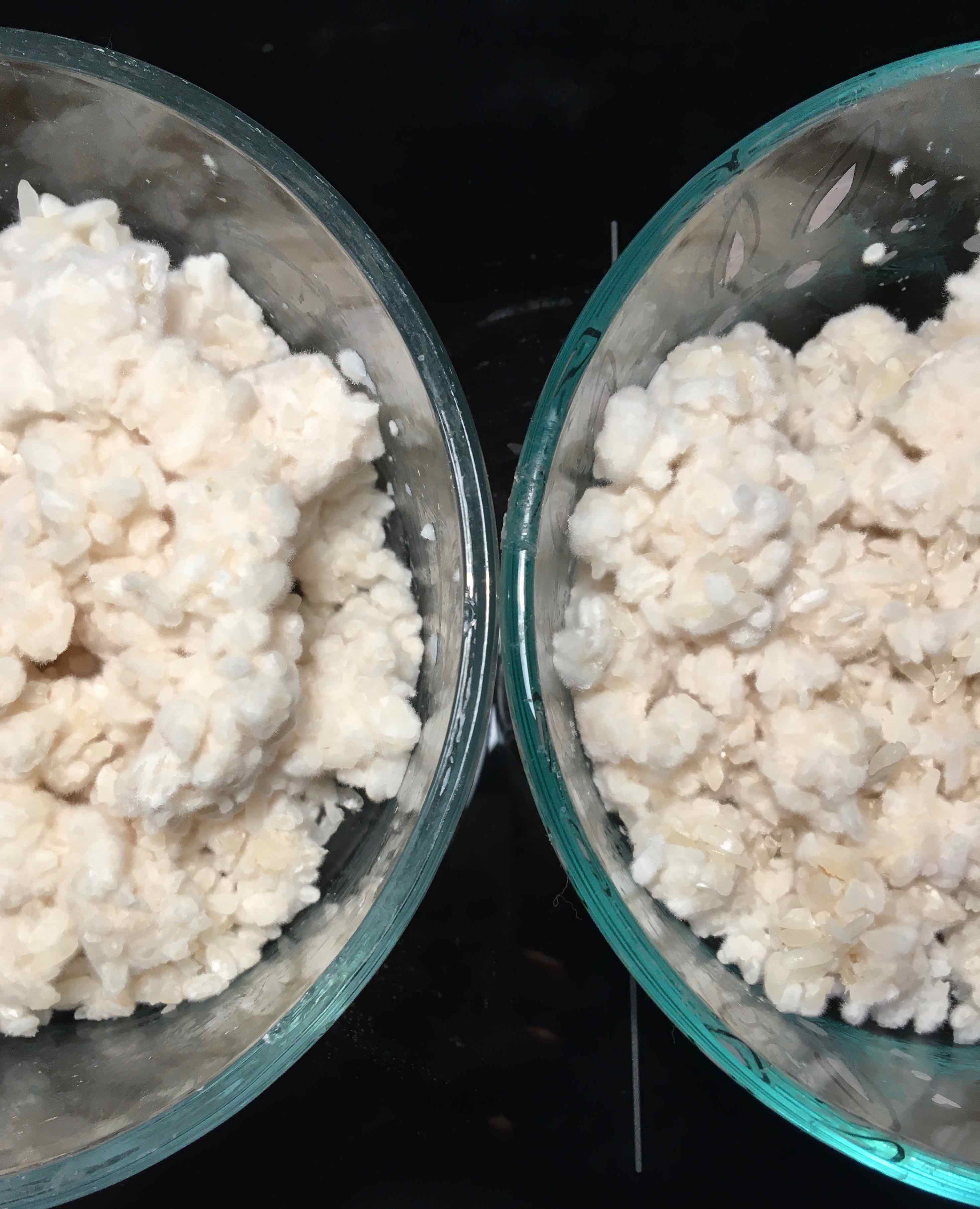 Results of trial 1: test on the left, control on the right. I don’t see a difference, do you?

I want to do more experiments around this. I would like to develop a quantitative measure, probably some measure of enzyme activity (I’m working on developing a simple protease assay). What’s next for this rice koji? It’s being used in my first attempt at sake.