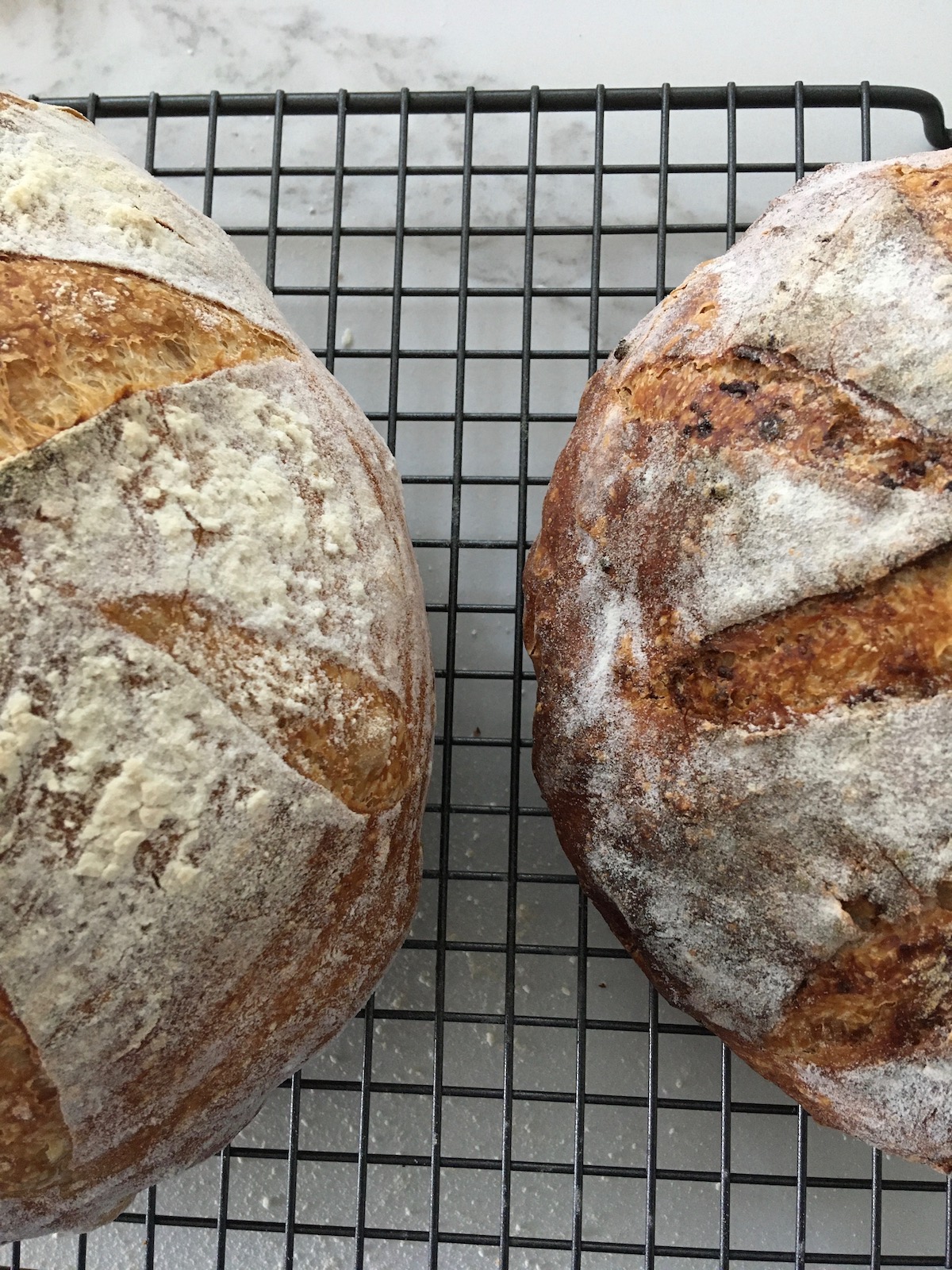 The main components of flour, starches and gluten, can be modified using enzymes to change the color, flavour and mouthfeel of finished bread. Here’s an application of barley koji to make your homemade bread more interesting.

What are the effects of enzymes on bread dough?

Koji contains at least two enzymes that will effect bread dough. Protease, an enzyme that cuts proteins, will start to chop up the gluten protein into smaller parts: peptides and amino acids. This has a few effects. First, it will weaken the gluten network, resulting in a more pliable dough. However, in the limit (and we did this), the dough will become paste-like - not very attractive, but still tasty as a pizza dough. Second, as the protease cuts the proteins, more flavourful peptides and amino acids are released. This includes glutamine, which provides an umami taste.

Protease working on proteins, converting them to small peptides and eventually amino acids.

The amylase in the koji will work on cutting the starches to smaller units, called dextrins, and eventually cut them into individual glucose units (recall starch is just a chain of glucose molecules).

The glucose and short-chained dextrin molecules can be consumed by the yeast, but more likely they will combine with the recently-liberated peptides and amino acids via the Maillard reaction. The abundance of glucose and peptides causes a deeper browning and more flavour than dough without these enzymes.

But can we see these changes at a macro level? We prepared a dough (see recipe below), and split it into two halves prior to the bulk-ferment and proofing stages. We added barley koji to one half, and otherwise kept everything else the same. You can see the results:

There’s a very clear difference. Immediately upon pulling the koji-loaf, one could smell a cheesy-like crust (think: those chedder cheese buns you can buy at grocery stores), and even taste cheesy notes later. The crumb was moister as well, likely because of the released water previously trapped by starch molecules.

Recipe for koji addition to dough

The recipe is adapted from the book Flour, Water, Yeast, Salt. It makes 2 large loaves. The total time, including proofing stages, is about 1 day. The poolish (a pre-ferment) is created first, and used in the final dough 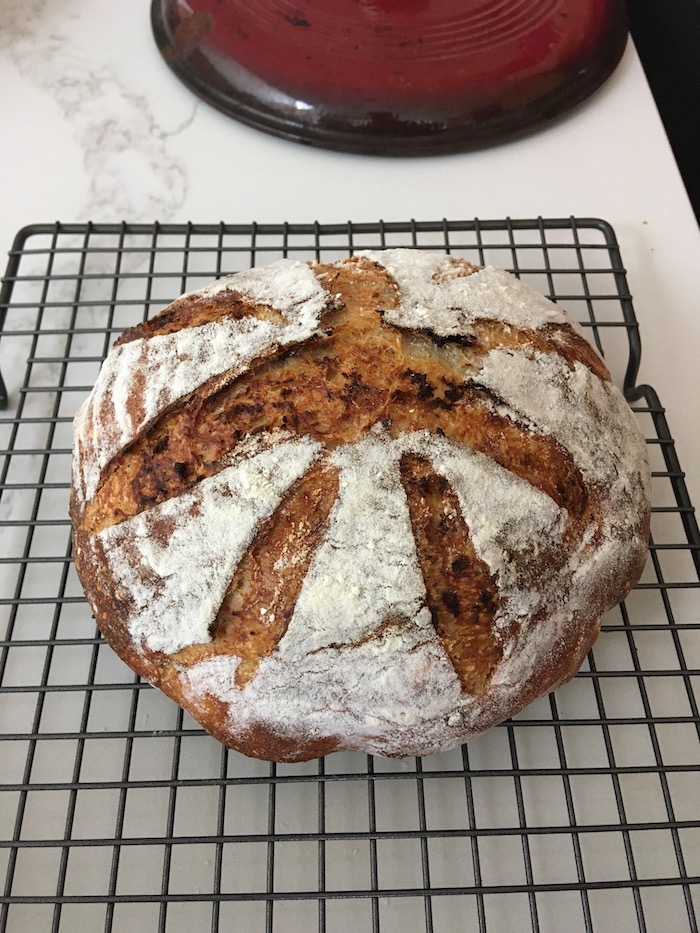