Last week, I started my experiments on a plant-based anchovy. I mentioned that algae was a possible interesting flavourant to add a “fishy” flavour. I have been culturing some algae (see picture above), specifically Nannochloropsis (hereafter called Nanno), and wanted to see what type of flavour I could pull from it¹. My first thought was to prepare an algae extract, similar to a yeast extract. Yeast extract is already a popular flavourant, marketed under the brands like marmite and vegemite.

I’ve made my own yeast extract before from baker’s yeast. The preparation consists of an initial autolysis step, followed by a concentration² step. The autolysis step is performed at 50-60℃, held for many days. This lyses (kills and breaks open) the yeast cells, and puts the native protease found in yeast into the solution. The protease starts to cut proteins in the environment into smaller peptides and amino acids. The next step is to concentrate the solution by evaporating as much water as possible. The result is a highly concentrated, flavourful “paste” that can be added to soups and stocks. We love it.

Anyways, the idea was to replicate this procedure for algae. I first measured the Nanno concentration of my culture using a hemocytometer. It measured at 7million cells/mL. I measured 400mL of this culture and heated it on my hot plate, at ~55℃ for 4 days. I then boiled it down to a thick slurry. After an hour, what was left was a grainy mixture that I capped into a container: 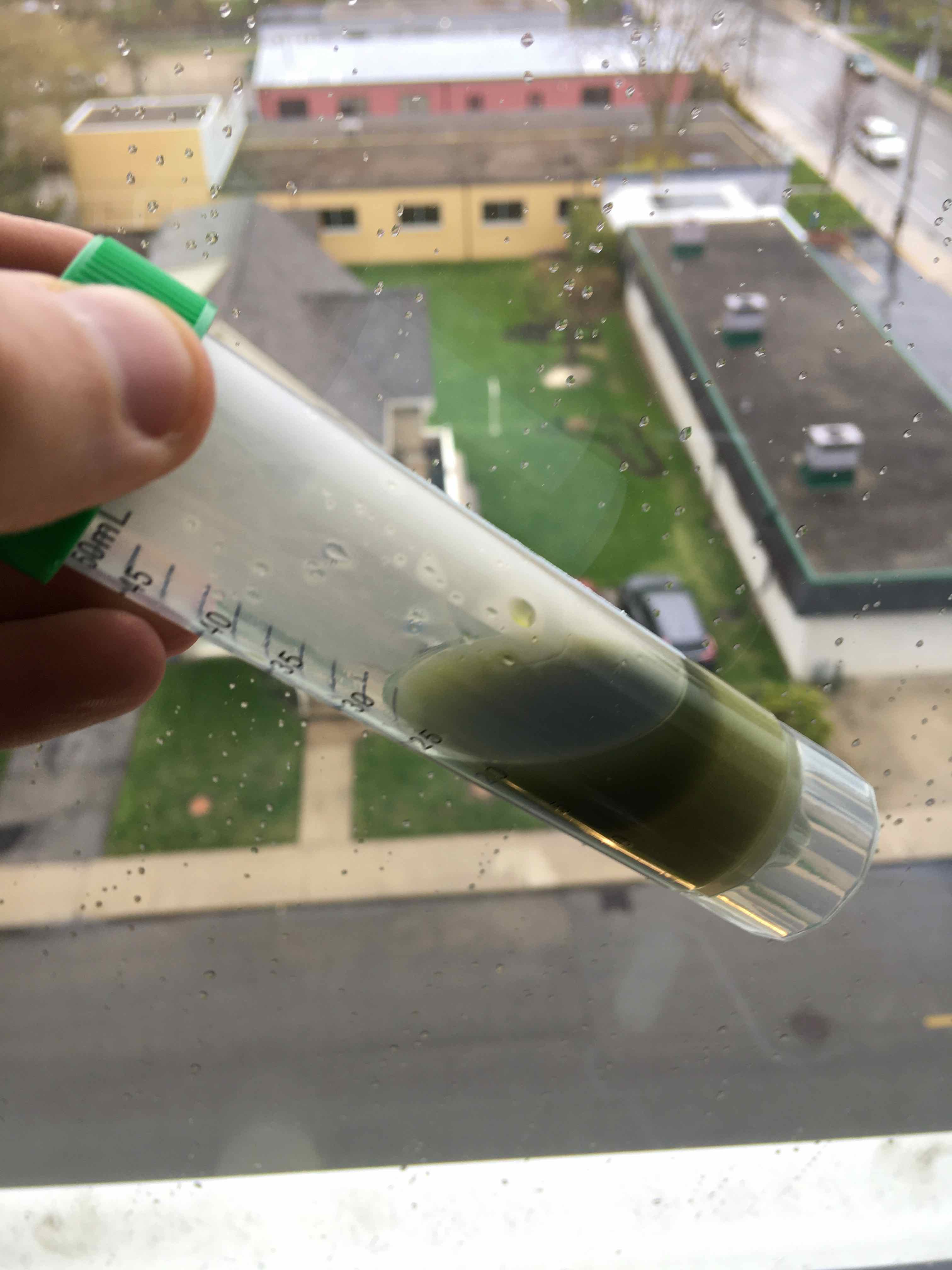 This extract was the closest thing I’ve had to anchovies. It was salty, fishy, and really tasty. This will definitely be going into a future plant-based anchovy project. I would change a few things next time though. I’d like to try to remove the algae from the saline solution as much as possible (salt can always be added later). This can be accomplished with a centrifuge, or a sieve to sieve out the algae.

For future recipes, I believe adding small amounts of this will go a long way. If I can grow enough of this, I would think this would make a delicious garum, too!

¹ I am growing Nanno because it contains a high amount of protein and EPA. The latter is a fat that is found almost exclusively in fish and algae.