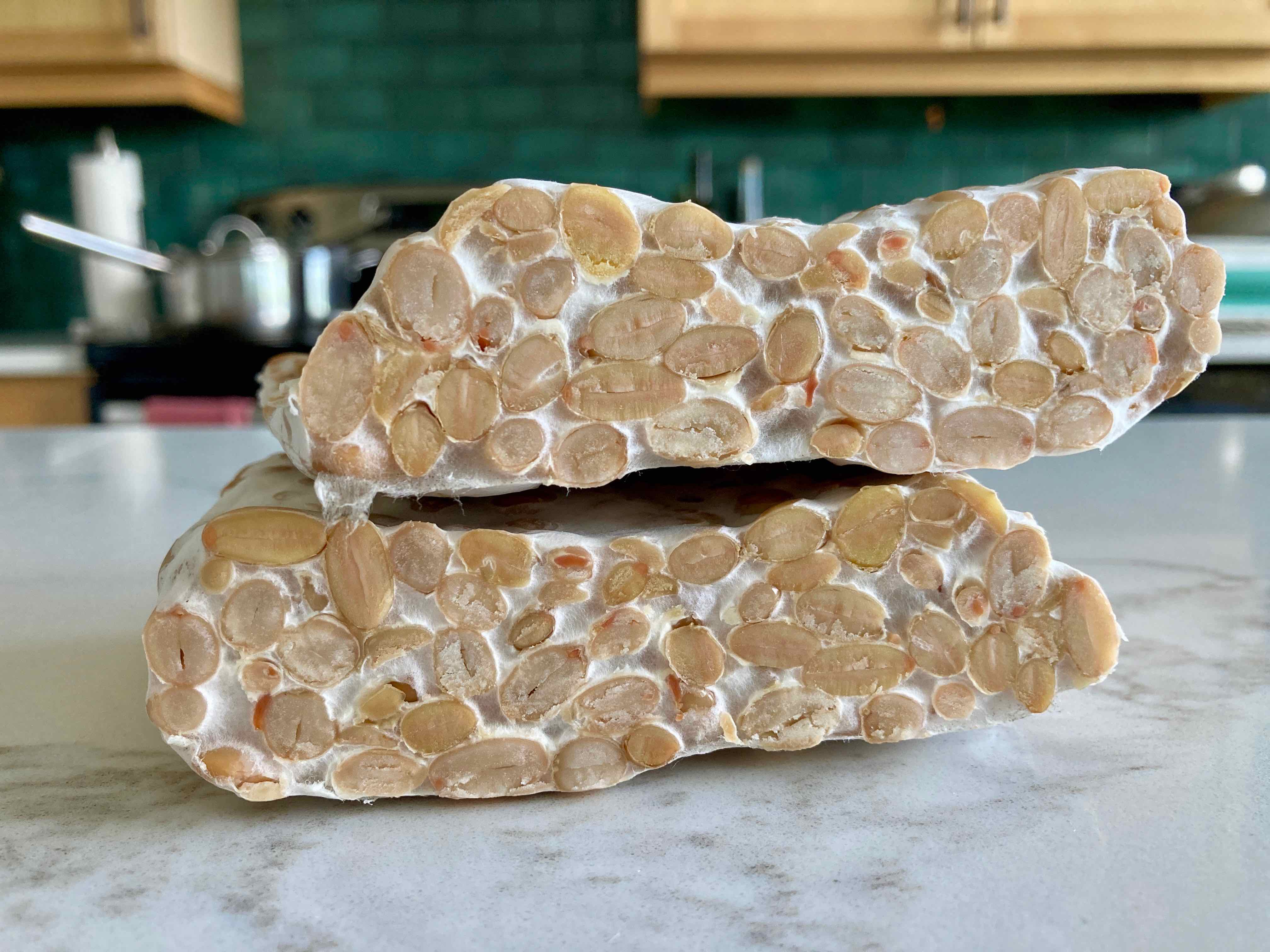 One downside with the Inkbird is that it does not record history, so it’s hard to know if a temperature spike occurred. This is important because the heat produced from a fermentation can rise fast enough and kill the organisms. As a data scientist, I also want to have as much data as possible, so we can start to perform data analysis.

I’ve been learning about electronics and sensors as part of a larger project (still a few months away), but I wanted to test what I’ve learned on a tempeh fermentation. The goal was to be able to record the measured temperatures to a local storage. Controlling the incubator temperature would still be done by the Inkbird. However, to measure and record the temperature involved a few pieces of technology:

Because it was easy and the RPi would already be inside the incubator, I also set up my PiCamera to take a timelapse video of the tempeh evolving.

After the fermentation was done, I used Python to analyze and display the temperature readings, along with the timelapse.

A bit of a rollercoaster ride! Let me add some annotations:

As the fermentation started, the only source of heat was the heater I provided. This caused the oscillation in temperature, as the temperature of the room was lower than the target temperature of 30℃. After ~12h, the fungi, Rhizopus oryzae, had taken hold and started to generate heat. This shot the temperature past 32℃, and would have continued to rise had I not stepped in. I cracked open the lid of the incubator, and turned on the AC in the room. This was enough to reverse the temperature rise. Interestingly, because the interior of the tempeh bag was still warm, and the exterior of the bag was now a few degrees cooler, lots of condensation appeared on the interior of the bag (see gif). As the fungi grew and the temperature fell closer to room temp, the condensation started to disappear. Later, I turned the AC off, and the temperature continued to climb throughout the night. Note that R. oryzae is tolerant of temperatures of up to 42℃, so I didn’t worry about a high temperature killing it during this final stretch. The final tempeh looked great!

This was a proof-of-concept of my data pipelines (also called ETL, or extract-transform-load). With this working, I would like to try to move off the Inkbird altogether, and try using Node-Red and the RPi to trigger the heater.

The wiring of my components. Note that a 10kΩ pull-up resistor is present.